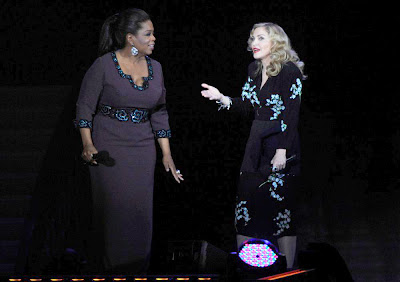 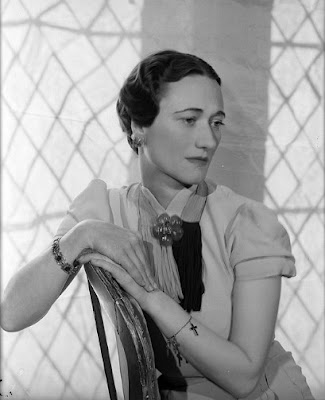 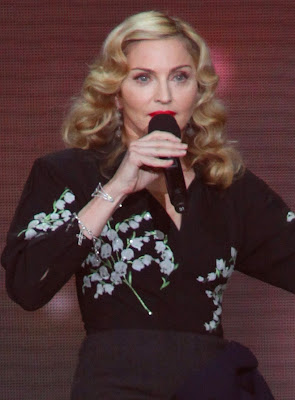 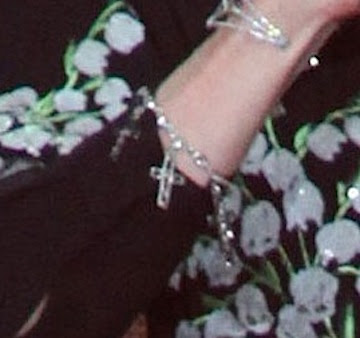 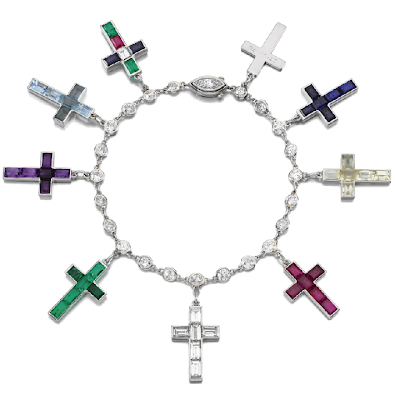 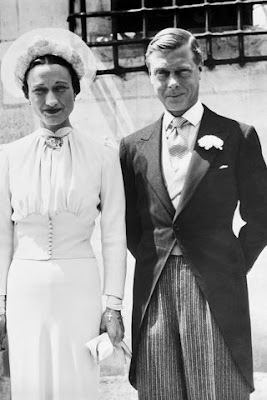 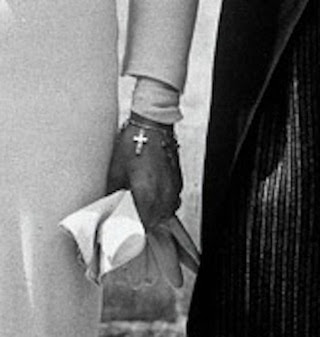 Madonna was rumored to have purchased the Duchess' Cartier Panther bracelet that fetched £4.5 million but it has yet to surface publicly so it is anyone's guess. The cross bracelet is a far better fit as it was much more personal to the couple marking their romance over the years and it seamlessly meshes with Madonna's ever evolving crucifix laden personal style. Until Madonna confirms, we are left to wait...perhaps only until the film's premiere at the Venice Film Festival at the end of August.
Posted by Patrick Sheehan at 4:05 PM