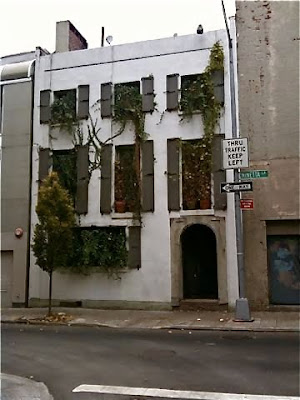 For years I have secretly coveted the forbidding ivy-clad little townhouse at 16 Minetta Lane. I knew that it belonged to the rather elusive event designer Robert Isabell but I had no clue what treasures were secured behind that little iron gate. I knew of Robert third-hand through friends and colleagues and erroneously suspected that his home would be the typical town and country affair: acres of mahogany, gilding, Jansen, Bagues, Limoges boxes with catchy phrases etc. all tied together neatly with chintz. Shortly after his untimely death this summer came the announcement that Sotheby's 20th Century Design department would be honoring his collection with a single owner sale. The catalogue went online last week and all fell into place. It is predominantly a Paul Evans, Phillip Lloyd Powell, George Nakashima and Harry Bertoia affair. It makes sense as these studio artist's works strangely mesh rather well together. While Evans and Powell's furniture can tend to be be brutal and overbearing at worst, Isabell chose more organic and textured designs that were layered cleverly with mini-collections of Bertoia and Ihlenfeld botanical bronzes with great effect. 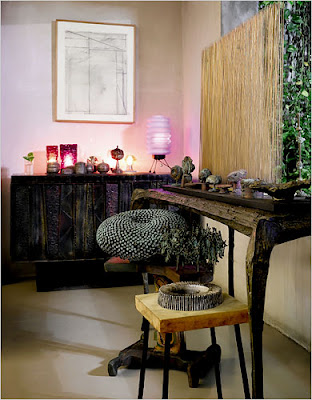 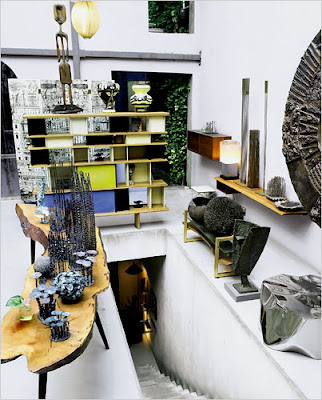 The 128 lot sale is estimated to bring $1.5 million and proceeds will benefit the Gerald B. Lambert Memorial Foundation, Inc. for the sole purpose of maintaining and preserving the Oak Spring Garden Library and Greenhouses in Upperville, VA. This seems rather fitting since Isabell's eclectic home comprised a townhouse linked to a carriage house via a glass roof creating a four-story greenhouse atrium...all without air conditioning evidently. I wonder what this atmosphere has done to the condition of the largely wood and metal artworks...we shall see when the exhibition begins on December 12th. It appears that Isabell's architectural vision has been unpalatable in this market as the home was listed with Massey Knakal initially at $3.9 million and suffered two price reductions; $3.4 million and then to $2.85 million and is now under contract. I am very interested to see the next incarnation of this great West Village abode.

As a final aside, when I was pouring over the listing information provided by Massey Knakal I noticed one of the rooms contained a monumental Piero Fonasetti "Architettura" bureau-bookcase (below, right). It is a wonderful and imposing piece and is worth $20,000-30,000, but failed to make the cut as it was omitted from Sotheby's sale. Perhaps it was bequeathed to a lucky person in Isabell's insular world...we shall see. 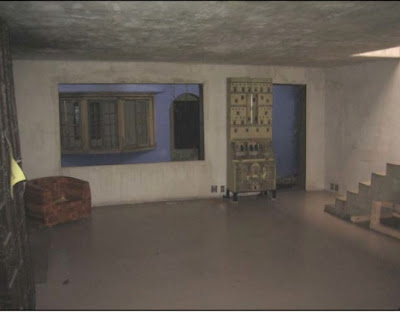 Posted by Patrick Sheehan at 8:49 PM