Photo of the Day, Part II 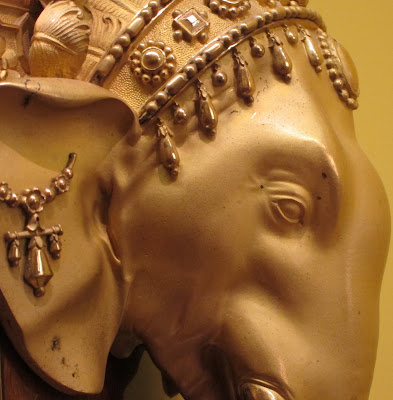 The last post left everyone stumped....this may help.... Does it?
Sorry to be away for a few days, but sometimes life does get in the way... but what a majestic beast to leave you with. I added it in hopes that it would help solve the previous post, but this was a hard one. May I present the "Clodion" vases from the Louvre... 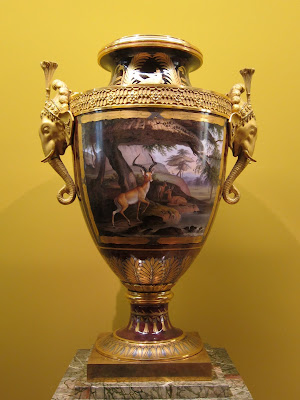 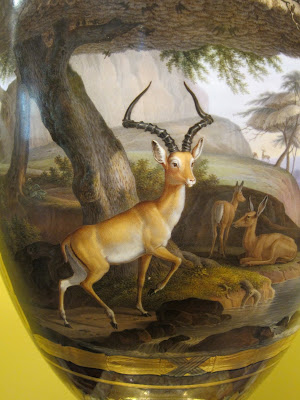 Detail of the impala antelope vase
The name Clodion refers to the 18th century vase shape designed by none other than Claude Michel known as Clodion. These vases have great pedigree, being acquired by Louis XVIII for his brother the future Charles X. Works of this nature require a veritable army of designers to execute the final work. While the shape is typically neoclassical the final product is 19th century exotic fantasy. However, great care was taken to realistically capture the splendors of what was then becoming colonial Africa. 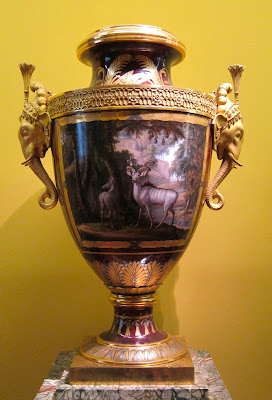 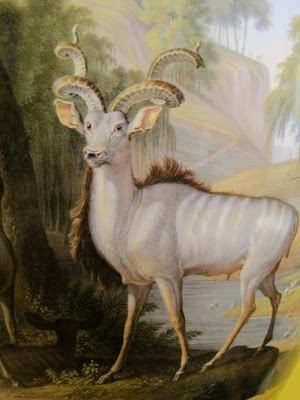 Detail of the kudu vase 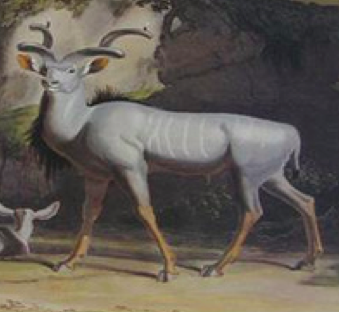 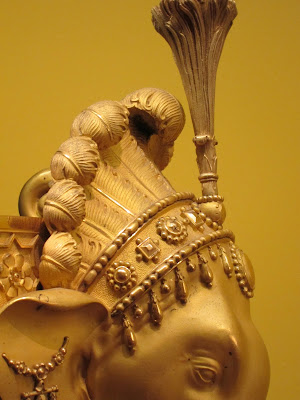 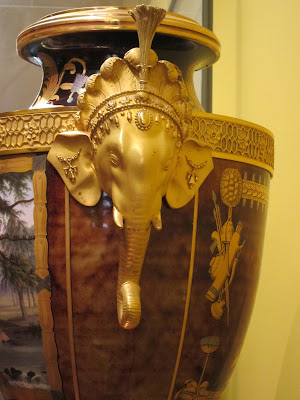 The jeweled and plumed bronze elephant handles are particularly stunning. An added touch of whimsey is found in the mottled tortoiseshell painted ground....a particularly difficult feat to achieve in porcelain decoration. 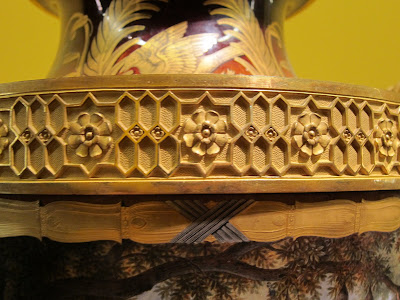 Detail of the molded and chased bronze ring mount
The vases were purchased by the Louvre in 1989 but unfortunately I know nothing more of that story.... Until next time --AR
Posted by Patrick Sheehan at 9:28 PM