Hats: An Anthology by Steven Jones at the BGC 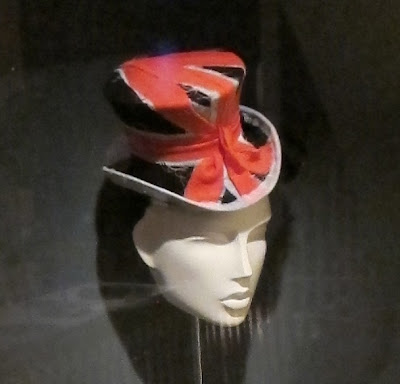 Hello dear readers. I have neglected you due to a busy schedule with the opening of the art/auction season. Mea culpa, but I am coming up with a concept to give you a daily dose of AR. Details to follow. Now, last night I was able to tag along with a fashionista friend to the opening of "Hats: An Anthology by Steven Jones" within the galleries at the Bard Graduate Center in New York. The show itself is a well paired down version of the same show that took place at the Victoria & Albert Museum in the spring of 2009. I must say it was a rather lighthearted affair and pleasant change of pace for Bard as the general public is not always excited by Chinese enamel work or the exquisite craftsmanship of English embroidery, but I digress. The range is very broad based with surviving examples from as early as the 16th century and of course featuring many works by Steven Jones, why would it not! 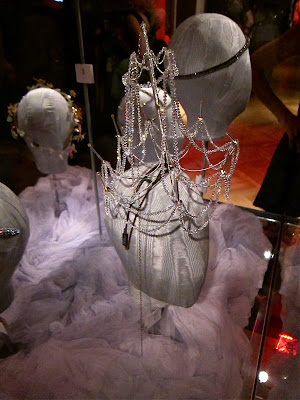 As you very well know, I love a tiara and this work by Steven Jones proved to be no exception. This literal chandelier is entitled "Swing" and is from his 1997 collection. The play of surrealism mixed with traditional "bling" within the rest of the vignette was very well played indeed. 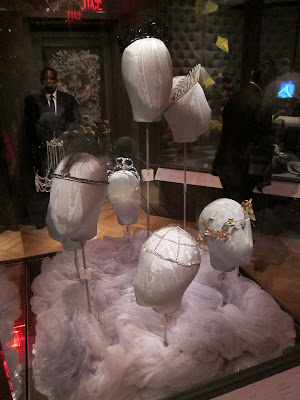 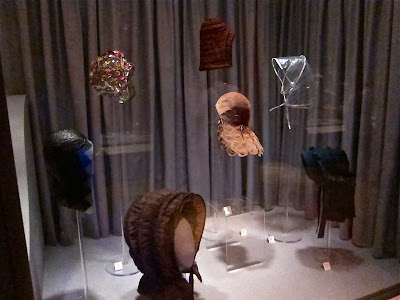 This vignette about the "hood" conjured up scenes from Wuthering Heights but the inclusion of a plastic dime-store rain bonnet kept things light. 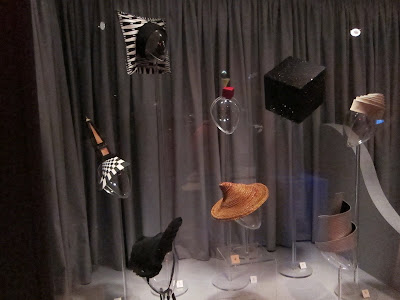 The vitrine dedicated to geometry. 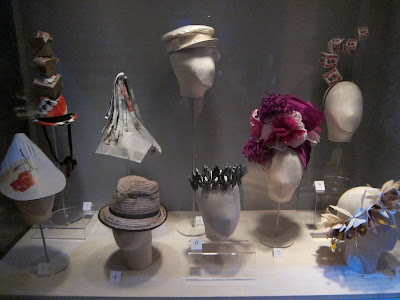 Another installation on the theme of "paper" as a millinery material. 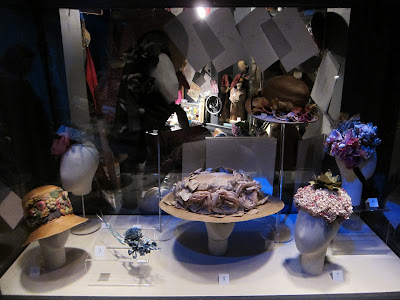 Ah yes, and you cannot neglect the range of floral hats. 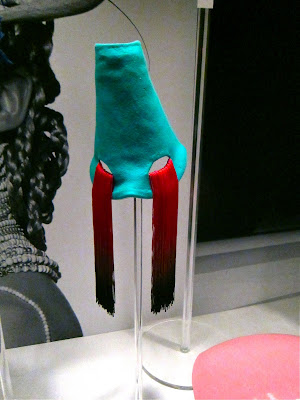 This eye-catcher made many people stop and look for explanatory wall text. My first thought was that it must be a London swinging 60s King's Road concoction. But alas I was dead wrong. This work is entitled "Mystere" was created by Steven Jones for Jean Paul Gaultier's 1984 Fall/Winter collection. 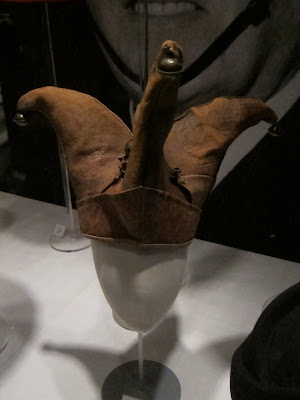 For me, it was some of the rare survivals that were slightly more thought provoking, especially this 17th century court jesters cap loaned by the Victoria & Albert Museum. It entered their collections in 1858 according to the text...perhaps it languished for a few centuries in the attic of a country house, stranger things have been known to happen in the world of art and antiques. 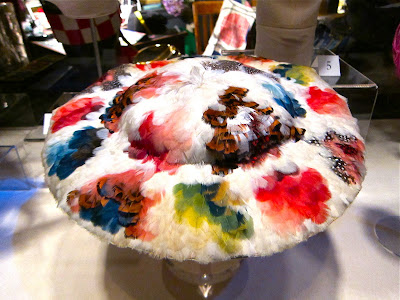 This color popped stunner looked very 1950s Dior "New Look" in inspiration, but alas it is the product of 18th century England. However, it does mesh with the 18th century enlightenment interest in the collector's cabinet and while it visually makes no sense I am sure it was prestigious to have so many exotic feathers all in one place. Much like the 18th century English specimen marble table below. 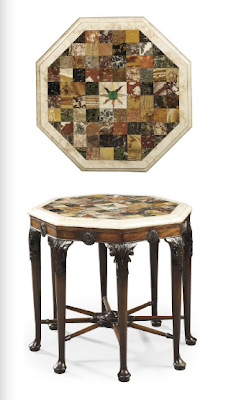 Photo via Christie's
While they emerged in different artistic spheres, the hat and the table both speak of empire and the domination of the natural world. 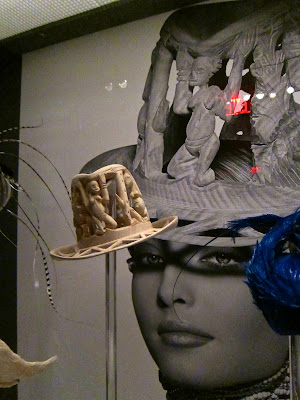 On a lighter note, when I approached this case I was delighted to see the iconic Dior 1997 haute couture photograph together with the actual African inspired carved limewood fedora. The hat (again) was created by Steven Jones and was graciously loaned by the Christian Dior Archives. I remember this image in fashion mags around 1997. The model wears many African inspired beadwork necklaces topped off by this hat in which Jones is clearly riffing on traditional Yoruba stool carvings. 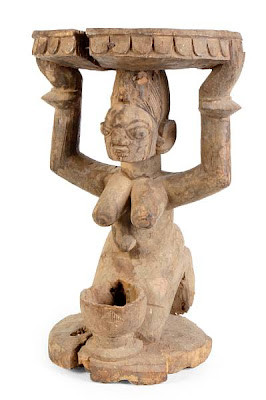 Photo via Bonhams
It seems a rather strange marriage but it works brilliantly on many levels. Last but not least, there is a case dedicated to America featuring one of Warhol's toupees, a foam Statue of Liberty tourist crown and a cowboy hat stage worn by Madonna. All very interesting, but for me, I was most captivated by the Halston white mink bunny mask worn by Candice Bergen at Truman Capote's legendary Black and White Ball in 1966. 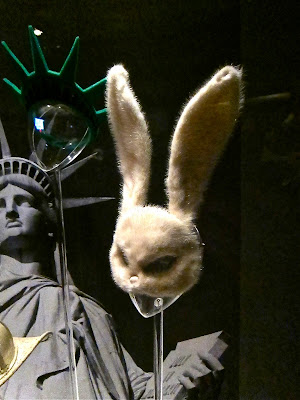 Surprisingly enough it was loaned from the collection of The Museum of the City of New York having been given by Bergdorf Goodman in 1967. It makes me think that Candi had the mask as a loaner for the night. In any regard she did look smashing with it in her ingenue days. 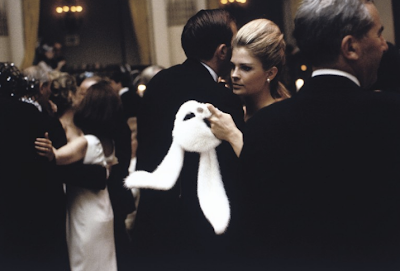 Photo: Elliott Erwitt via Christie's
For the sake of economy I omitted many other compelling pieces so you must see the show which is open now through April 15th, 2012. If you will not find yourself in New York during this period there is a great exhibition catalogue available. Until next time... AR.

Posted by Patrick Sheehan at 2:14 PM