Objects of Desire: The Portland Font 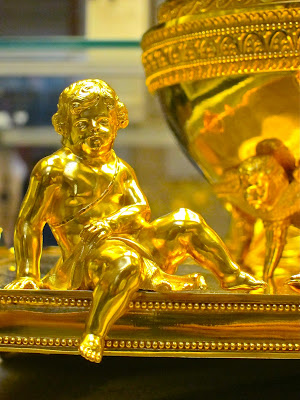 On my last trip to London I went with a former colleague to the British Museum. Now I must admit, I had not tooled through its venerable galleries for the better part of a decade so it was more of a discovery day rather than checking in on "old friends". As I made my way through the decorative arts I was stopped in my tracks by this captivating object. I present The Portland Font: 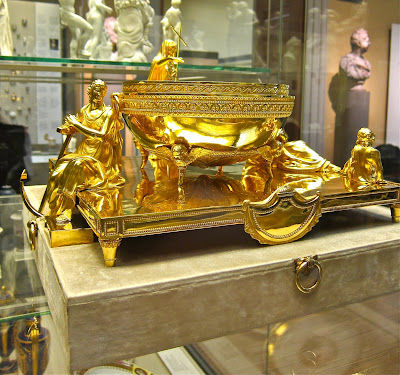 This privately commissioned baptismal font was created in 1796 at the request of William Bentinck, the third duke of Portland on birth of his first grandson. The font was designed by noted landscape architect, Humphry Repton, and executed by Paul Storr (undeniably England's best goldsmith of the period). The distinctly neoclassical work is comprised of a detachable bowl resting on four winged-cherub bust feet on a rectangular plateau. 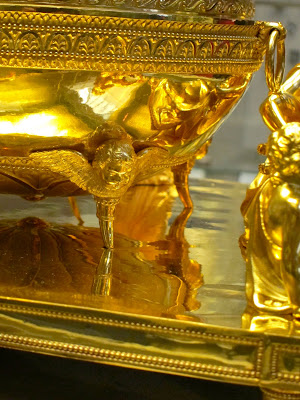 The font itself is surrounded by figures of the three theological virtues: Faith, Hope and Charity. 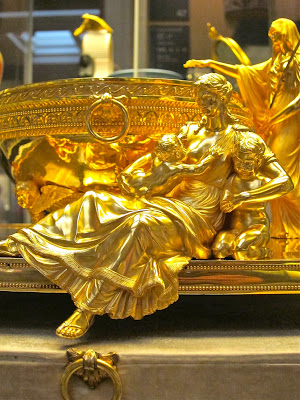 Detail of Charity caring for children. 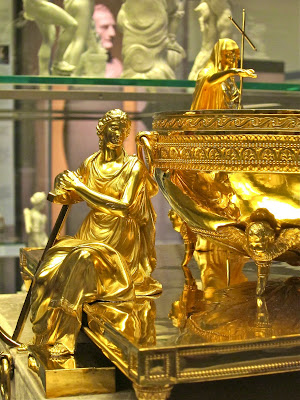 Detail of Hope with her anchor as derived from Hebrew's 3:19 "We have this hope as an anchor for the soul, firm and secure." 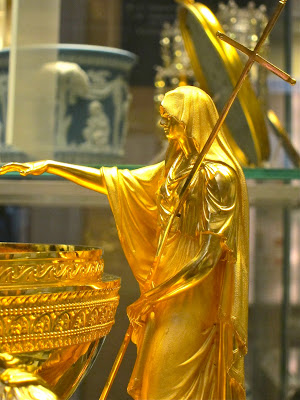 Detail of the rather ominous figure of Faith bearing her cross and an outstretched hand raised in benediction over the mouth of the bowl. 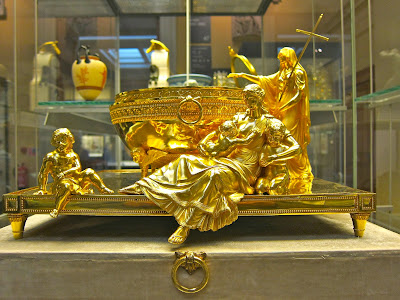 The work itself is crafted out of 223 ounces of 22k gold which is astounding in itself but I was further impressed by the fact that it remained within the collections of the Dukes of Portland until it was purchased by the museum in 1986. The virtuosity of the work is borne out through the clever array of surface finishes. The smooth skin and surface of the plateau are planished and burnished to a lustrous shine whereas the drapery is carefully chased and stippled to give the appearance of fabric. 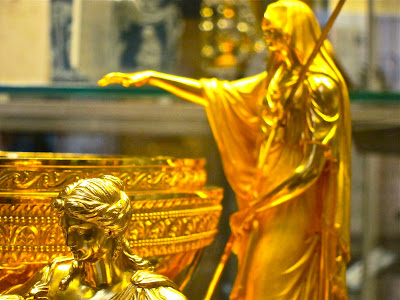 This attention to the play of textures is also seen in the rendering of the hair and fine facial details. 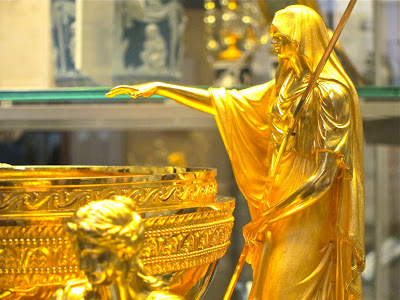 Perish the thought, but in this super heated market for precious metals the melt value of this tour de force would be in the neighborhood of $385,000 but thankfully the skill of Paul Storr and the rarity of his monumental works would save comparable examples from the smelter...even in the worst of economies. 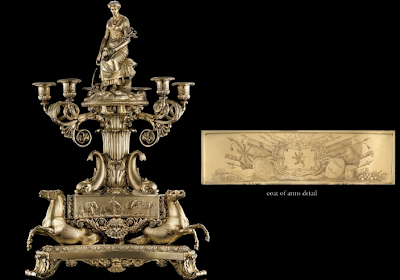 Photo via Christie's
Case in point the "Maitland Centerpiece" crafted by Storr in 1814 for Sir Thomas Maitland and while it is merely silver-gilt and not solid gold it commanded a resounding $518,500 when it sold at Christie's New York in October of 2009. Thankfully the "Portland Font" is safely in institutional hands at the British Museum.
Posted by Patrick Sheehan at 7:55 PM