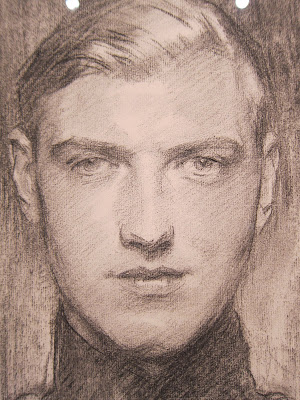 I braved the snow to make it out to this annual extravaganza of needful things from across the globe. The offerings were varied as usual but as a decorative arts aficionado I am embarrassed to admit that I was more captivated by the fine arts offerings this time around. Starting with this arresting John Singer Sargent charcoal drawing of the dapper Robert Gould Shaw III in the booth of the venerable Fine Art Society of London. The quality is exceptional and it stopped just about everyone. It is no wonder that is already sold so early on in the fair (I would assume near the asking price of $160,00). 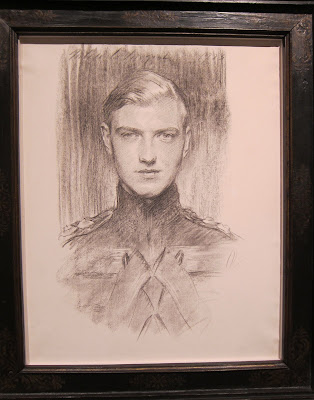 The sitter was the rather ill-fated son of Nancy Langhorne Astor who ultimately committed suicide after a long battle with alcoholism and depression. However dark the underpinnings may be, it is magnificent in its sheer presence. A quick look around the internet revealed that it surfaced in a small auction in Kent last year and achieved a tidy £23,000. Who knows where it will turn up next. 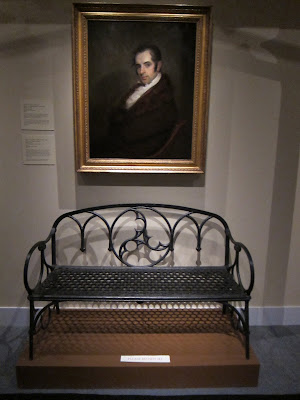 When you enter the show you are confronted by the Historic Hudson River Valley installation and this rather smart pair of American Gothic revival benches. They were actually owned by Washington Irving of Sleepy Hollow fame and date to 1836 which is rather early for this style in America. I was struck by their absolute purity, before the Gothic revival was watered-down and blurred into frilly Rococo revival permutations. 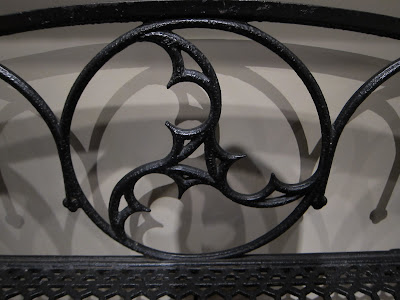 This simple sweeping wheel is mesmerizing in its simplicity and almost stark modernity. Suggesting the tracery of a rose window and at the same time a spinning wheel of the coming machine age. 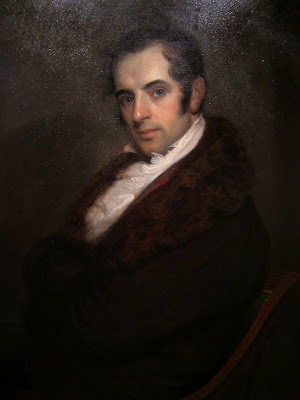 Above one bench hangs a portrait of Washington Irving painted by John Wesley Jarvis in 1809. It is exquisitely painted with all the requisite Empire period drama. Who knew Irving cut such a handsome figure...but I digress. 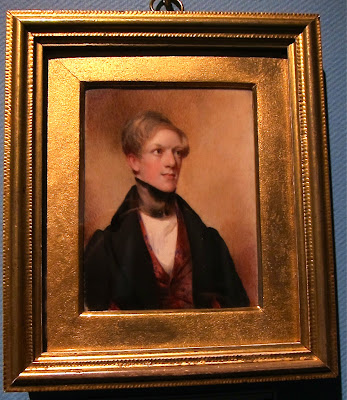 I next stumbled upon the booth of Elle Shushan and their ever expanding array of portrait miniatures. I was particularly taken by this Henry Colton Shumway portrait of a gentleman circa 1840. The elegant elongation of his form is striking. You see it in the rather gossamer depictions of women of the period and is interesting to see in a male portrait. 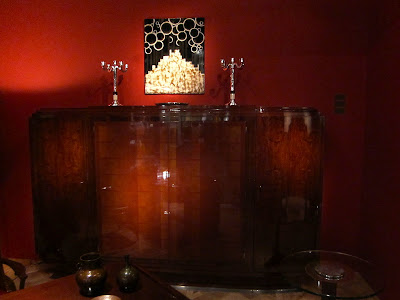 Maison Gerard did not disappoint with this rare Jules Leleu partially lacquered cabinet from 1933. However my focus was diverted to the lacquer panels just above and to the left of it. 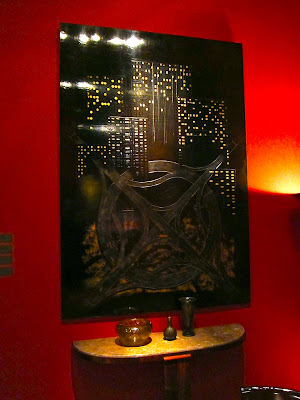 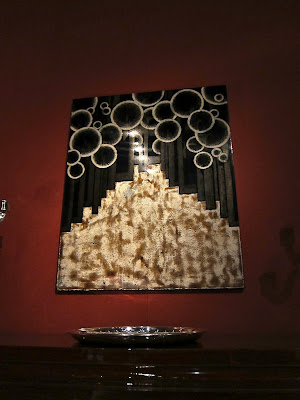 One depicts a stylized city scene and the other abstract geometrics heightened with eggshell lacquer. I initially thought they were the work of Jean Dunand but in fact they are by the relatively under appreciated French lacquer artist Pierre Bobot. He deserves a full post soon I promise as I feel that he will only increase in estimation as works by Dunand become increasingly scarce and out of reach to most collectors. The panels are old friends that I remember seeing at auction in Paris this past December. They were offered from the estate of the artist's daughter Marie Therese Bobot but failed to sell even at their modest estimates. I am sure they will fare better in the capable hands of Maison Gerard. 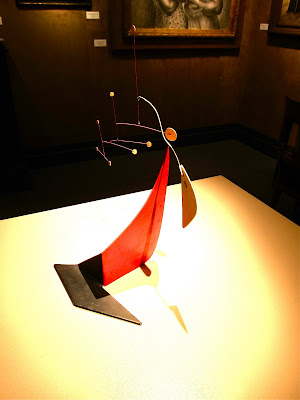 Finally, I was quite impressed to see three Alexander Calder stabiles in the booth of Jonathan Boos. They date from the mid-1950s and it is not surprising that they were all sold so early in the show. While they are technically "fine art" they appeal to my passion for design. They transform in appearance as you move around them. Truly a microcosm of the artist's work. 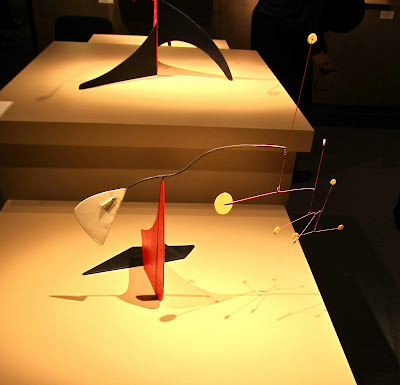 Until next time--AR.
Update: The Bobot eggshell lacquer panel has sold. The venerable Maison Gerard was asking $28,000 and I am sure it found a good home. The other "Skyscraper" panel is still available to the tune of $42,000. We shall see what happens after the final weekend! Happy Hunting!
Posted by Patrick Sheehan at 5:48 PM 5 comments: