Hello Dear readers I have taken far to long to start posting once again but life does tend to get in the way.  In preparation for the unfolding fall auction season I took time to look back at the spring season to take stock.  A reader tipped me off a few months ago that another rarity from Jacques Doucet's Studio St. James residence emerged at Christie's Paris May 20th, 2014 in the form of a rather smart silver and rock crystal desk set.
The lot comprises an inkwell, pin tray, stamp box and paper clip pot.  The winning bid of €37,500 is rather astonishing given that the set is not attributed to a known designer/maker and was offered on a pre-sale estimate of €10,000-12,000.  The result shows the importance of a Doucet provenance.  If you are not familiar with Jacques Doucet or his fabled collection see my previous posts here.  Christie's placed the date of the set to around 1929, the year Doucet died and when period images of his modernist studio home were published widely.  Looking at a period image of the studio the set indeed can be seen resting on the Pierre Legrain desk just outside of the "Oriental Cabinet".

I would not date these items so late as they were present in the apartment Doucet acquired in 1912 on the avenue Bois de Boulogne.  The image below from the early 1920s shows the desk set in the Bois de Boulogne residence placed on the same Pierre Legrain desk which itself was designed in 1920 and executed shortly thereafter.
The desk set was one of a number of pieces that was not disbursed in the subsequent years immediately following Doucet's death.  According to the Christie's catalogue the set was offered as lot 13 in his groundbreaking 1972 sale.  The desk articles sold for a tidy 4500 francs where they were purchased by a Madame M., the present consignor to Christie's, which means they have had only two owners in nearly 100 years which only adds to their allure.
In putting together this post it came to my attention that Architectural Digest September 2014 issue published a short article about Doucet as a collector.  It seems that the venerable Cheska Vallois dedicated her booth to Doucet's collecting genius at the 2014 Paris Biennale which closed today. Reports point out that it is a mix of Doucet items and period works in the spirit of his collection.
I am loving the printed scrim at the end of the installation showing the entry stairs to Doucet's Studio. Connaissance des art Decortatifs produced the following interview which highlights a few of the works presented.

I must get my hands on Vallois' Biennale publication tout de suite.  I will undoubtedly travel to Paris for the fall 2015 Jacques Doucet exhibition at the Fondation Pierre Berge-Yves Saint Laurent. Much to do and see....until next time.  -AR
Posted by Patrick Sheehan at 7:29 PM 2 comments: 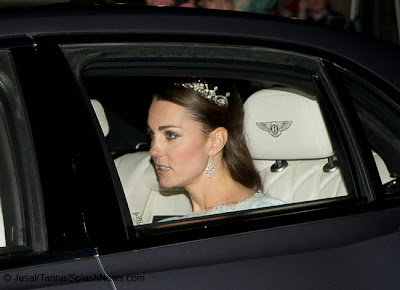 The previous record was also set by Sotheby's for a Wisteria from the collection of John M. Fowler.
This example was similarly saturated in tones and also had a range of deeply mottled glass.  At the height of the pre-crash market it reached $881,000 against and estimate of $450,000-600,000.  While the Wisteria is not the rarest of examples it is infinitely desirable to collectors and nuanced, saturated examples have always been the largest movers in the market.  Throughout the 1970s auction records for the Wisteria climbed steadily from $16,250 for an example at Sotheby's London in 1971 to an example at Christie's in the fall of 1978 that moved the record to $52,800.  However, before the close of the decade the example would be one of the very first tiffany lamps ever to exceed $100,000 at auction.
The Wisteria in question came from the collection of Florida real estate magnates Eugene and Eleanor Gluck offered at Christie's in February of 1979.  For insight on the Gluck sale see my previous post here.  The period press described the Gluck's Wisteria as the best that had been seen at market achieving $132,000.  The catalogue image above seem's a bit dark but it appears to be a mottled example with greenish turquoise glass used in the lower register to articulate the blooms.  If this example were to hit the market today it would very likely exceed the newly established world record.  We shall wait and see what the future auction seasons bring us.  Until next time--AR.
Posted by Patrick Sheehan at 9:24 PM No comments: