"Antiques & Art At the Armory"

Last night I attended the the opening reception for "The Antiques & Art at the Armory" show. The Winter Antiques Show it is not, but I was quite impressed with the array of goods and dealers. As you enter you are confronted by the whimsical and infinitely stylish vignettes created by Newel Gallery. 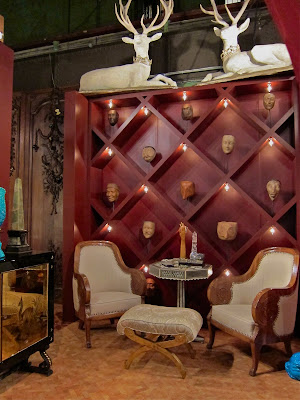 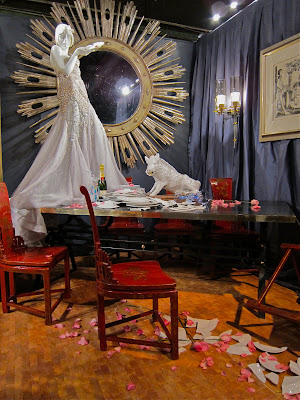 The installations tended to be more editorial than sale-friendly but it gives you a strong impression of the eclectic mix Newel has to offer. In the booth of The Silver Fund I was captivated by a rather large dinanderie vase by art deco master Jean Dunand. 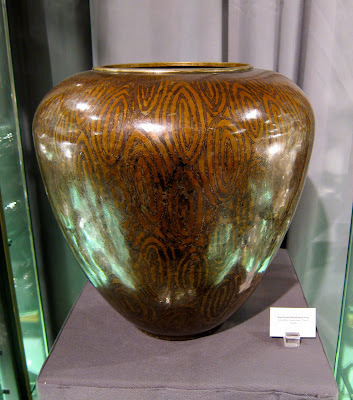 Only a precious few pieces of this scale come-up at auction each season but not always with this level of decoration. At $95,000 it seems almost a steal. Over in the booth of Gallery 47 was a veritable menagerie of vintage perfume bottles and packaging. Most are a bit too frilly for my taste but I found myself drawn to two Egyptian revival scent bottles. 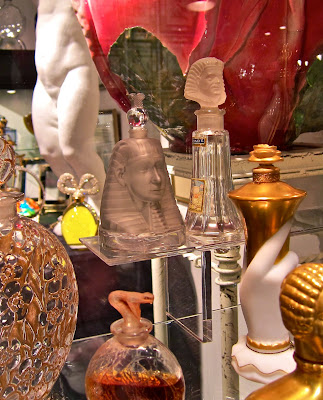 Again, some will fault my taste for the macabre but i think they are great (even the striking serpent bottle in the foreground). I have often thought that "modern alchemist" Douglas Little should create perfumes or room fragrances packaged in casts of bottles such as these. They truly capture the western fascination with "Old King Tut". They are quite a folly and one wonders what the fragrances were like...but I digress.
On the way out I wound through the booth of Tiffany veteran Ophir Gallery. The lamps were quite nice but I was captivated by their array of Tiffany Studios glass. They had examples of every major technique aquamarine, cypriote, floriform, cameo and agate glass. 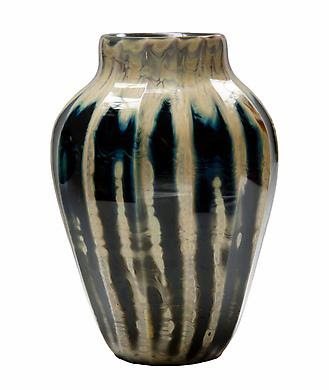 This particular example of agate glass caught my eye. It is astounding that glass could be internally decorated and then cut to perfectly mimic stone to a heightened and other worldly effect. The show is open through the 13th and I highly recommend that you check out their compelling lecture series.
Posted by Patrick Sheehan at 11:29 AM